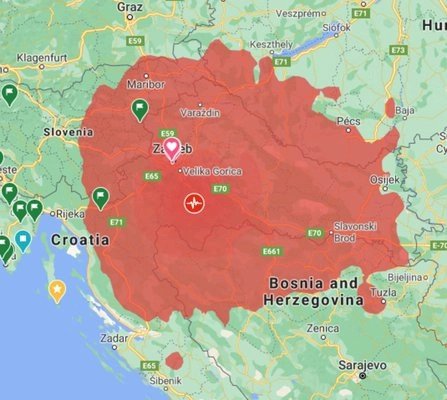 Update page about the earthquake

As many know, we collect goods and money. This is brought personally.
You can donate money through: Geef.nl
Goods donations can be reported via fb: Vanuit_istrie

Images are finally appearing in the media that are in high demand. The edge of small villages. There you can also see that the damage is great. Entire houses, farms razed to the ground. My neighbor was on location yesterday with the colony of caravans. It’s horrible to see all this. There’s nothing left!! No electricity, no food, not even a roof over their heads. In Petrinja, the food is piled high, but no one comes to get it and I’ll tell you why.
Most think it’s already quiet, but looks can be deceiving! The earthquakes are still going on. There are several every hour. from aftershocks to clear tremors. Buildings that had not yet collapsed are still collapsing. and then the danger becomes even greater. The Kupa River is about to overflow. It even seems that people will soon benefit more from a boat than from a caravan. Because (standing) caravans, portocabins are now coming from everywhere. Even the Ministry of Tourism has helped with some major recreation organizations. Well, the €88.6 million in aid disbursed by the EU in September 2020 will have to be put on paper somewhere. Lots of private use, caravan depots transporting abandoned caravans, all at your own expense. A really great bet. One of the organizers also shared his experience. He couldn’t sleep last night despite 3 hours of sleep in the past 24 hours. More than 700 calls from unknown people begging for a caravan because they no longer have a roof over their court as an elderly or young family. Tomorrow or the day after tomorrow there will be another transport for own use. Really amazing.
But now for the black side of the coin.. Unfortunately, many terrible things happen. in the larger places where people have received emergency supplies such as food and drink. All who stay with their damaged or collapsed houses are robbed in the dark. people who come with food and emergency supplies are also stopped and robbed. This by an as yet unknown group of people, probably people who come from the surrounding villages where no help has yet arrived. no fire brigade, no red cross and or no army. Transports are now met by the MUP (the police) who then make an inventory of what you have with you and where it is badly needed. This is also the reason why in Petrinja there is a big mountain of food and goods that are not collected so far. Many order cross collections have been transported from Petrinja to Zagreb and no one knows why.
Our collection is going well. A lot is already being collected. We also want to reach more media in the Netherlands and Belgium and ask large retail chains to donate sustainable food. The Salvation Army and Defense for blankets, hardware stores for tarps to cover roofs, recreation stores to donate tents. And preferably before Monday so that it can get here.
Individuals who have received a Christmas package with products they do not use or who still have something in their pantry. We have made part of our house available, donated our caravan, duvets, clothes, shoes and food.

What are you doing?

Click on the socials or book a holiday : https://mojadom.com/